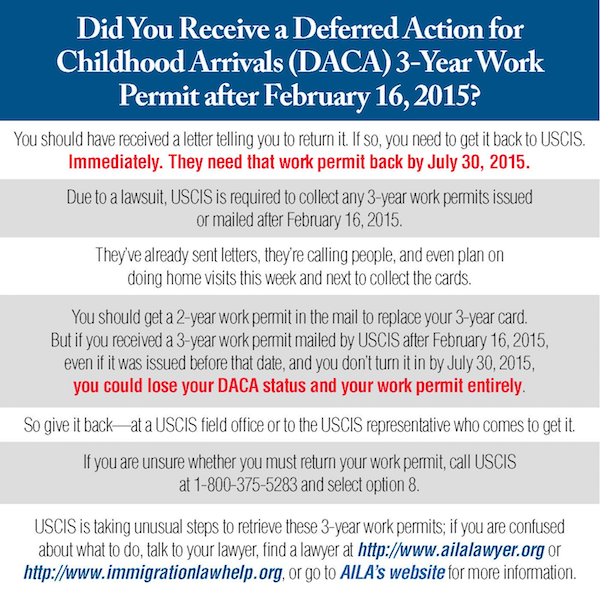 The United States Citizenship and Immigration Services (USCIS) has issued a recall on 3-year DACA work permits issued after February 16, 2015. Due to the injunction set by a federal judge in Texas, permits that were issued or mailed by USCIS after February 16 were erroneously mailed to DACA applicants and must be returned. USCIS will reissue 2-year work permits once the 3-year permits are received.

DACA recipients should be advised the three-year work permit recall only applies to SOME individuals who received a card after the February 16, 2015, court order.

If you fail to return your card, USCIS will terminate your DACA and all employment authorizations effective July 31, 2015. Please carefully read the information USCIS sent to you or visit uscis.gov for details.

New resources are available at uscis.gov including:

If you have not been contacted by USCIS and you received a three-year card after February 16, 2015, please do not hesitate to contact our office to speak with an experienced immigration attorney.