End of DACA is the Start of War 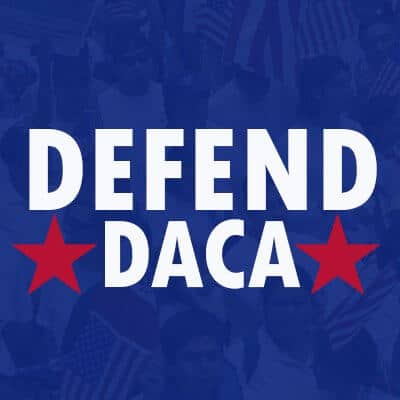 President Trump eliminated the DACA program today, effectively exposing 800,000 individuals who did not make the choice to come to the US or violate any law to deportation.

Deferred Action for Childhood Arrivals (DACA), was instituted in 2012 by President Obama to protect children. Kids who were brought here when they were young, had been here since 2007, that were under 31, less than 16 when they arrived, had no status on June 15, 2012, and were either in school or graduated High School were eligible as long as they had no serious misdemeanor criminal conviction or multiple minor conditions. In other words, after meeting the strict requirements, kids were invited to turn over their name, address, and hopes and dreams to the government under the reassurance and understanding they would be shielded from deportation.

800,000. Eight hundred thousand! That’s how many children today have DACA status. Or is it had?

Although the Trump administration purportedly extended DACA for six months for Congress to resolve whether to deport the Dreamers, the reality is many lost their status today. Particularly those eligible who have not yet applied. Their dream is dead. For all DACA dreamers, today begins anew the nightmare and fears of deportation they used to live. Soon, if Congress fails to act, the United States of America may begin to deport these innocent children that have done no wrong except being born. Those who have DACA whose status expires before March 5, 2018, have 30 days to extend their DACA. Spread the news!

Enough is enough. This is tantamount to a declaration of war by anti-immigrant forces that currently occupy the White House and office of the Attorney General. Americans who believe this remains a land of opportunity must not accept this cruel inhumane decision quietly. We must fight them in the Courts. We must protest loudly and en masse in every major city in the US. We must fight for every Dreamer until there is no fight left. American decency demands nothing less. As the founder of this law firm, I want to make clear that we stand side by side with every DACA Dreamer. If you have DACA and need help, we are here for you! We must unite, defend DACA, protect dreamers, and defy this ruthless administration and their cruel and divisive policies. Do not give up. Now is the time to fight. With everything we have. This is not simply a call to action. This is a call to war against anti-immigrant sentiments and actions like killing the DACA dream. Fight back!