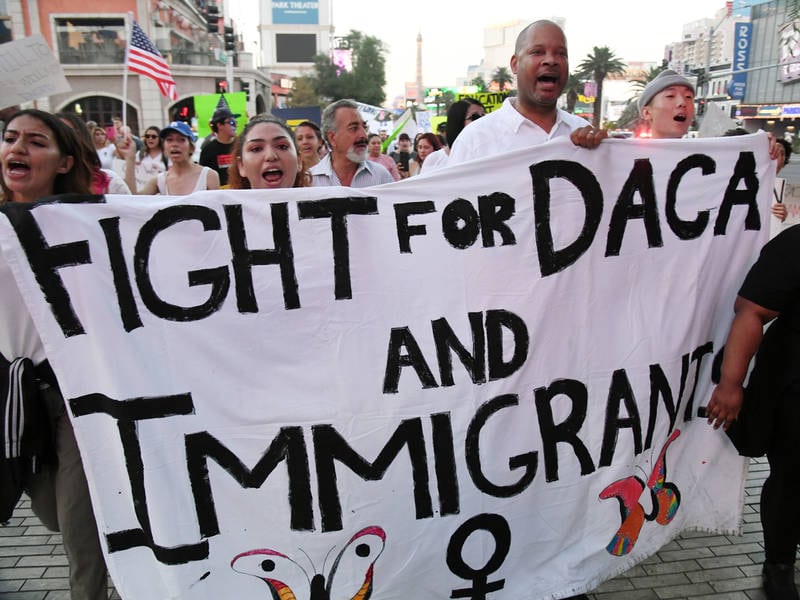 A federal judge ruled that acting Department of Homeland Security (DHS) Secretary Chad Wolf was unlawfully appointed, and his suspension of the Deferred Action on Childhood Arrivals (DACA) program is invalid.

NBC News reported that Judge Nicholas Garafus ruled that “Wolf was not lawfully serving as Acting Secretary of Homeland Security under the HSA [Homeland Security Act] when he issued the Wolf Memorandum” suspending the Obama-era program.

“Based on the plain text of the operative order of succession,” Garaufis wrote in the Saturday ruling, “neither Mr. McAleenan nor, in turn, Mr. Wolf, possessed statutory authority to serve as Acting Secretary. Therefore the Wolf Memorandum was not an exercise of legal authority.”

Wolf issued a memorandum in July of this year which he said the Department would not accept new DACA requests while a review of the program was ongoing, NBC noted. The memo came after the Supreme Court ruled in June that the administration failed to give adequate justification for terminating the program.

Karen Tumlin, a lawyer in the case and director of the Los Angeles-based Justice Action Center, said the ruling means, “the effort in the Wolf memo to gut the DACA program is overturned.”

She said the ruling applies to more than a million people, including more recent applicants and those seeking two-year renewals for protection under DACA.

“This is really a hopeful day for a lot of young people across the country,” Tumlin said.

You may be DACA eligible under the guidelines. Please contact our immigration law firm today for a free consultation.