An update on the fight for immigration reform 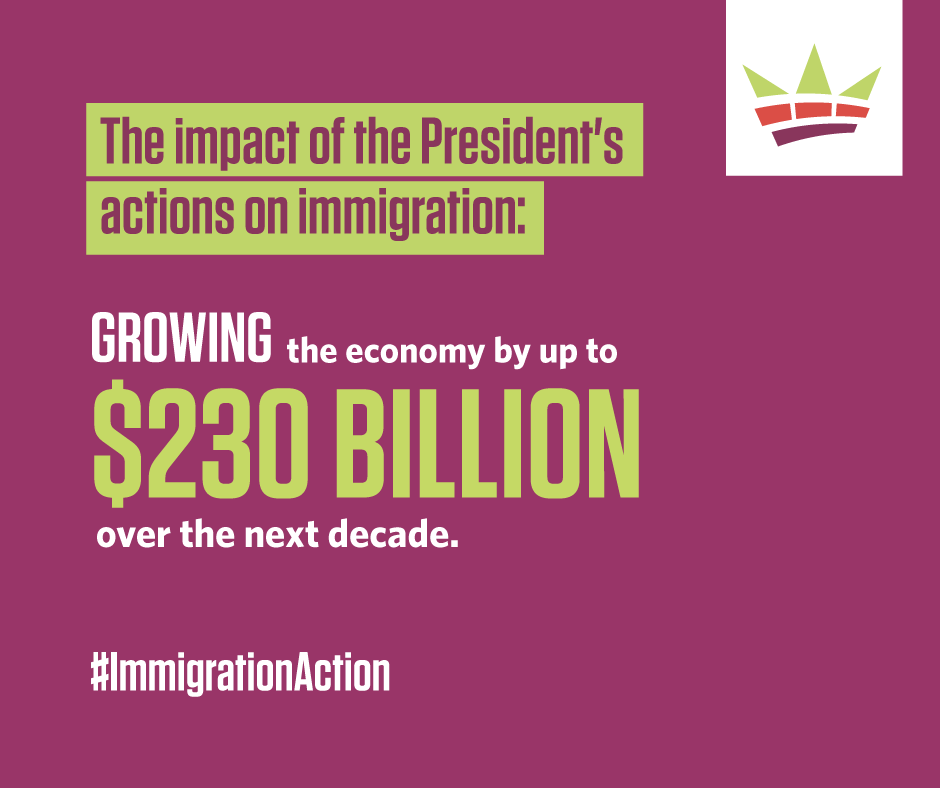 Last Friday, the Fifth U.S. Circuit Court of Appeals heard oral arguments for and against President Obama’s actions to reform our broken immigration system, and in a few weeks they’ll decide whether or not those actions can move forward.
Anti-immigrant politicians are pushing this lawsuit, doing everything they can to block solutions for a system badly in need of reform. But the benefits of the President’s actions are clear—these immigration fixes will grow our economy by an estimated $230 billion over the next decade.That’s something everybody needs to know—so take a moment today to share this fact with your friends:

Opponents of the President’s actions won’t stop saying that the President has gone too far, but history shows us the truth: They don’t want any kind of reform that benefits immigrant communities at all.

In 2013, the Senate voted in a bipartisan fashion to pass comprehensive immigration reform. But when it hit the House of Representatives, Speaker John Boehner and anti-immigrant politicians wouldn’t even allow a vote on it—for more than 500 days. That chance at bipartisan, comprehensive reform passed us by, and it was because of extreme politicians in the House—full stop.

Last fall, the President did what he could to help solve the problem, putting forward common-sense actions on immigration that would allow millions of immigrants to apply for temporary relief from deportation, and from the fear of being separated from their families.

That’s what this lawsuit is about.

The opponents of immigration reform forget that nearly all of us are descended from immigrants (if we’re not immigrants ourselves). The melting pot of people coming together from diverse backgrounds is what made America the place it is today.

Instead, they paint immigrants as being criminals or worse, ignoring the fact that the President’s actions mean that people who want to stay in America would still need to undergo background checks and pay their taxes. These actions are projected to grow wages and grow the economy. That’s why both law enforcement and the business community support immigration reform.

We’re going to continue fighting for real progress on immigration reform, no matter what happens in the courts. Reform is the right move for our country—it’s in line with our values and our future.